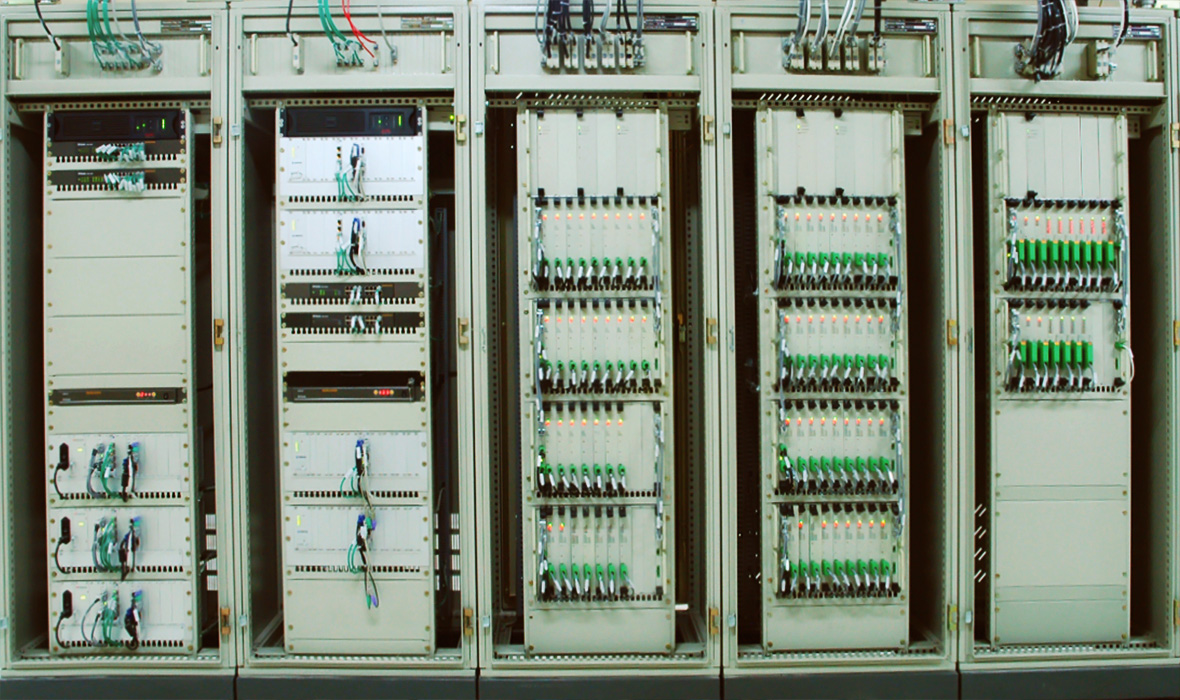 Interlocking is an indispensable safety system in railway signaling. The ILM681 main processing unit architecture is based on 2 out of 3 majority voting. Field object controllers are solid state modules, connected to the main processing unit. The system is flexible to be adapted to small up to very large scale stations. Field object controllers could be configured individually or in groups, according to the specific requirements based on Central or DCS architectures. Thanks to high system modularity there is no actual limitation on the number of objects to be controlled by each interlocking system. 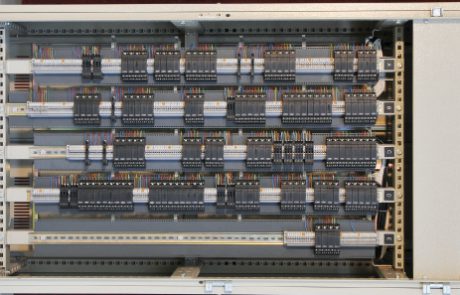 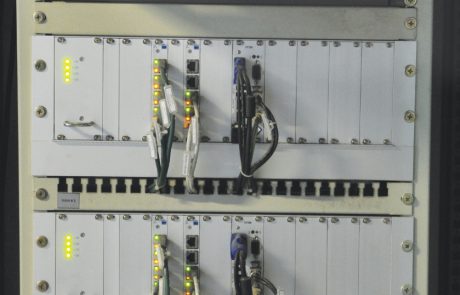 Train control, based on European Train Control System standard, is an obligatory overlay solution for train protection in Europe but is spreading in other areas of the world.
We develop all required hardware and software. Thanks to the harmonized standard each subsystem could also be provided from any of the accepted suppliers.

ETCS standard has covered most of the required safety and operational aspects of the train protection system. There is an irresistible trend in railways to have other infill or substitute media to communicate from wayside to onboard with local systems, or upgradable capabilities. This desire is mainly rooted in to have a reliable and cost effective solution by employing and/or upgrading local equipments. We have the experience of mixed ETCS with local infill solutions for a 2000Km line. Audio track circuits are upgraded as wayside unit of ATC/ATP in station area, cable loops are installed for infill; but Balises are used as standard ETCS L1 communicating media. Transit trains which are equipped with ETCS on board could safely move in ATX351 equipped area; thanks to standard Balises. Trains which are equipped with the full featured ACX351 system are fully protected in running and shunting Movement. 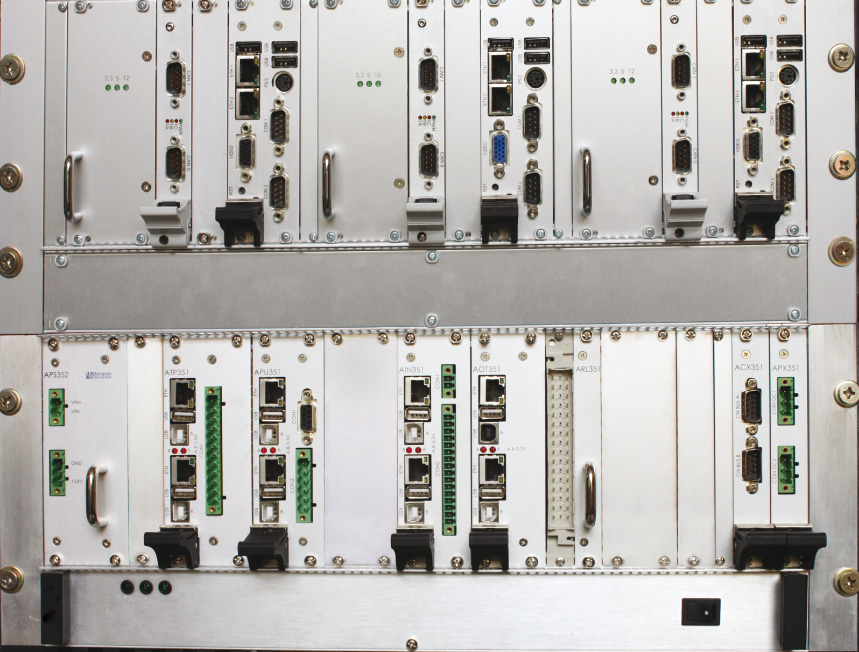 The following features are supported; under driver’s surveillance or driverless :

Track vacancy detection is an essential requirement of any signaling system which could be achieved by different methods; Track Circuit is one of them which is widely in use. The basic theory of operation of fail-safe closed loop track circuits are all the same but there are diversified responses to challenging requirements. Track circuit TCN422 is coded, joint-less and could easily be configured as the wayside interface to train ATP/ATC onboard unit.

Specific fixed frequencies are generally used in track circuits. But what shall be done when according to technical reasons, without sacrificing of other features, frequencies should be literally selected? TUN458 is the answer to the above requirement. The hardware of all track circuits, irrespective of the track circuit frequency, is the same. Reduction of hardware diversity means lower spare parts and lower maintenance cost. 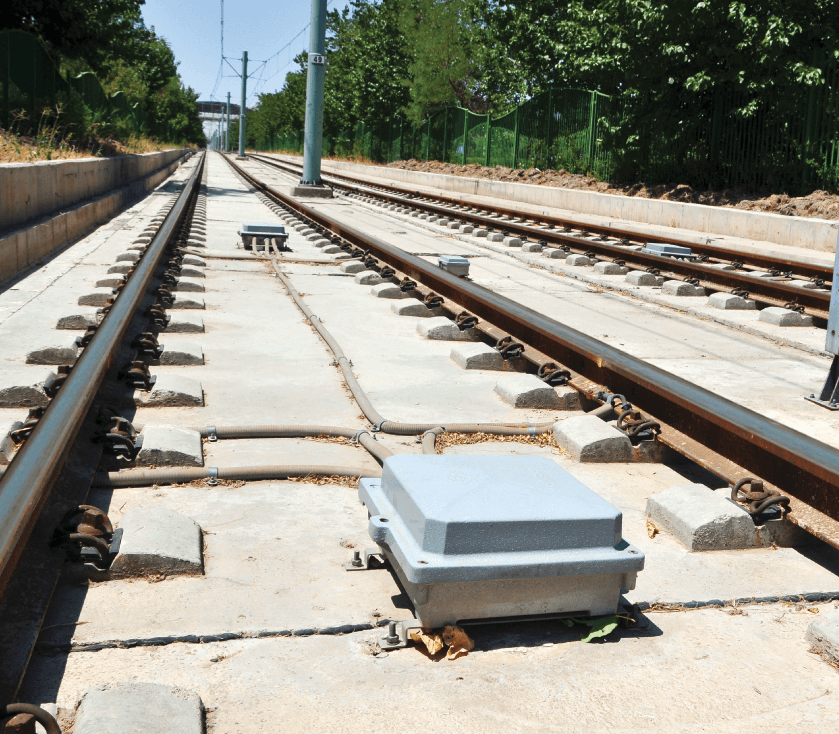 Axle counters are well accepted for track vacancy detection in station area, similar to track circuits, or in long distance block sections. The axle counter XIW121 could be connected, according to the specified requirements, to diversified Control Units. Two wires are used to connect the axle counter to the control unit.

They are used for bidirectional data transmission as well as feeding power to the axle counter.
Axle counter XIW121 could be directly connected to Interlocking ILM681 .Otherwise the stand alone control units would be used in the station. Based on the application, these units would be Block Control unit XAB134 OR Multi-section Digital Axle Counter Control Unit XMS146. 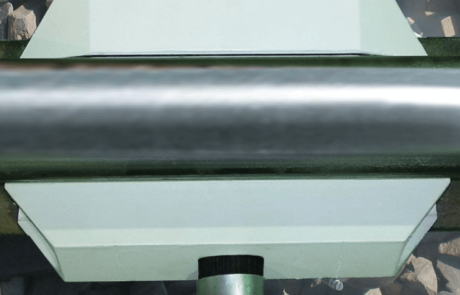 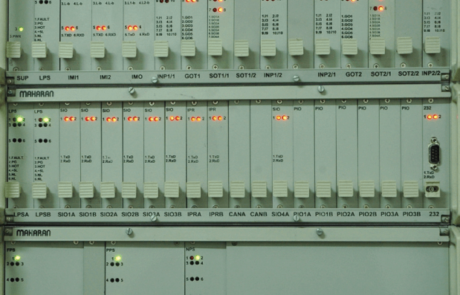 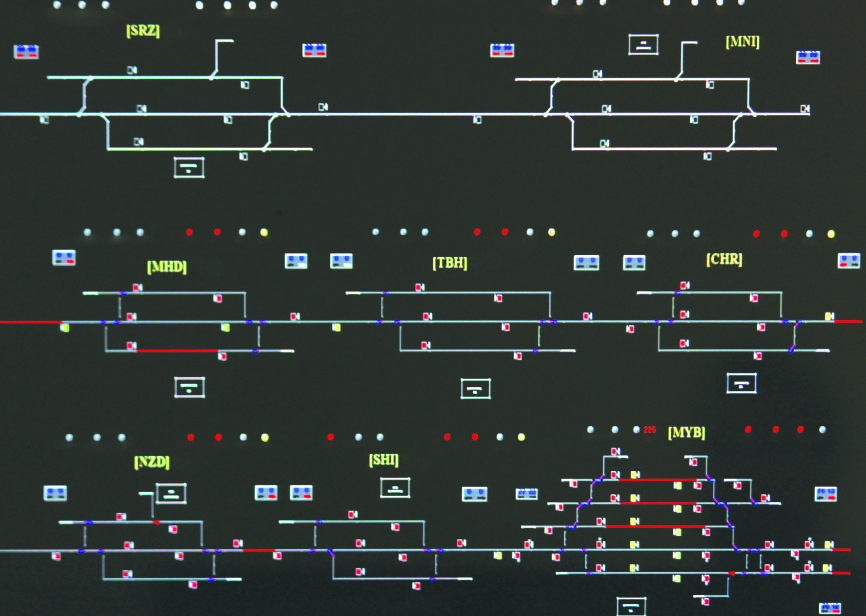 All stations in a line, or several lines, are monitored and controlled centrally. Control centers could be equipped by a mass display to show the whole line(s). Applications are summarized in 2 groups :

Ever increasing rail traffic is a real challenge for safe and smooth train operations. A Central Train Monitoring system is an essential part of a modern rail network control system.
SMC782 is software application developed to cope with scheduling and monitoring of the train traffic. SMC782 operation spread from regional to national rail networks.
AVL (Automatic Vehicle Locators by GPS system) and CTCs (Central traffic Control) are all linked to SMC782 as a hub.
Input data is automatically checked against train schedules by software.
All running trains in the network could be monitored, scheduled and re-scheduled according to any delay or change.
Hierarchical powerful and flexible reports could be generated based on real time online received data.
Graphical and tabular reports or other traditional types of reports could easily be defined.
Train schedules could be adjusted according to predefined regulations and time tables by SMC782.
Different operational scenarios could be defined and simulated for evaluation purposes.

In long distance block sections some challenges have to be alleviated. Traditionally normal blocks could be decomposed to several successive intermediate block sections. This leads to higher throughput by increasing the number of running trains in the line and reducing the travelling time versus distance.

The system has the below key features :

Level crossing controller and its related power supply are located in a dedicated hut close to the crossing area.
All wayside equipments are connected by cables to the hut.
All unmanned automatic level crossings are connected to the supervisory center.