Fast and easy installation due to prefabricated connection modules

Wheel sensors designed to be installed on different rail profiles

Flexibility to connect to different types of Interlocking systems

Easy maintenance thanks to modular design and diagnosis tools 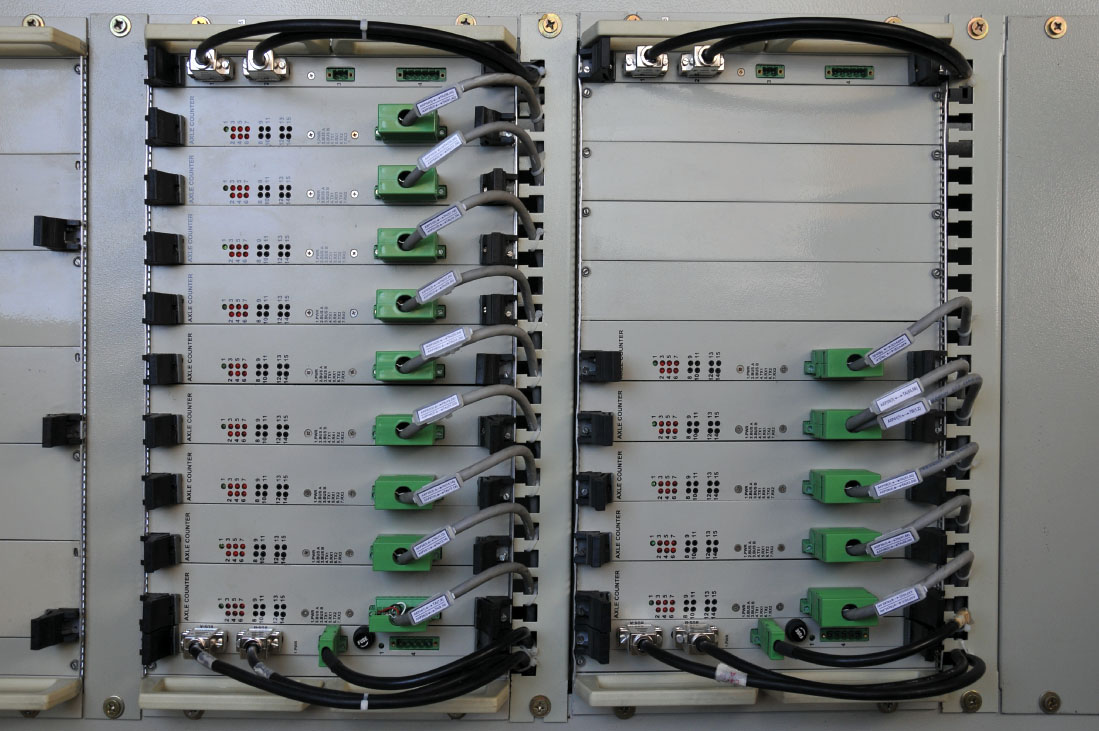 Axle counters are well accepted for track vacancy detection in station area, similar to track circuits, or in long distance block sections.
Axle counter XIW121 could be connected, according to the specified requirements, to diversified control units. Two wires are used to connect the axle counter to the control unit. They are used for bidirectional data transmission as well as feeding power to the axle counter.
Axle counter XIW121 could be directly connected to Interlocking ILM681 Otherwise the stand alone control units would be used in the station.
Based on the application, these units would be Block Control unit XAB134 OR Multi-section Digital Axle Counter Control Unit XMS146.


The axle counters which are installed in the stations for track vacancy detection are connected to this unit. There is no limit on the number of axle counters under control of this unit due to its modular design.
Multi-section Digital Axle Counter Unit XMS146 could be used for track vacancy detection and block control application concurrently; in this case there is no need to a separate block control unit.
The architecture of the processing Module is based on 2 out of 3 majority voting principle.


The axle counters which are installed in the stations for block vacancy detection are connected to this unit. There is no limit on the number of axle counters as well as the number of blocks under control of this unit due to its modular design.
The processing module of this unit is based on 2 out of 2 principle.
Block 1/0 signals and protocols could be matched according to specific requirements.


Each axle counter unit composed of a pair of TX and RX sensors and the associated electronic modules.TXs and RXs sensors are integrated modules which shall be installed on the outer and inner sides of the rail at the detection point. Movement direction could be detected by the order in which the sensors are activated.
Sensors should easily be adjusted electrically without any mechanical intervention.
Standard maximum distance between axle counter and control units is 3000m; higher distances are attainable according to specific application.
Axle counter processing module is based on 2 out of 2 principle.
The processing module is responsible to count the passing axles and report the number of counted axles to the control units on real-time basis. 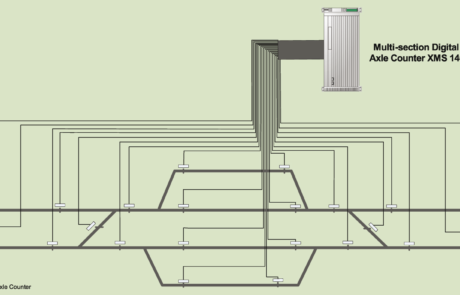